After a three-week hiatus (it's been a busy month), SFist Memoirs returns with the second half of our conversation with the legendary San Francisco party girl, Pat Montandon, about her noteworthy first experiences as a young woman moving to San Francisco in the 1960s. (Read Part I here.) From coming to the rescue of people crashing their cars near her apartment on the crooked part of Lombard to wearing sequins in the Tenderloin to being the tenth person in the world to have heart surgery and survive, Pat's lived an extraordinary life, and these stories are just the tip of the iceberg.

I loved living on the crooked block of Lombard, and living there had its own issues. One day, I ran out the door — I had to go down the steps and then out to the street, and cars were always crashing. A car came down the street and crashed above my head when I was trying to get to the studio (KGO). I was such a Good Samaritan, I couldn't just let them lie there. Someone called 9-1-1. There was a woman who was bleeding, and I ran in and got her some bandages. She said, "I'm OK. Please call my dentist for me."

So I called, and the dentist said, "Well, she'll call me when she wants an appointment."

Right across the street from my apartment was Castle Court Apartments. I had a little dog that I took to the studio with me. My show was early — 8 a.m., which was early for me because I had to put on make-up and get over to KGO. At that time, KGO was right down in heart of the Tenderloin. I had my little dog, and we go running down the street and open the car door. Another dog was running around without a leash at Castle Court. So my dog takes off after him and goes running up into the apartments. I'm carrying my shoes and wearing an evening gown because I was really done up early in the morning. My hair was in curls falling down my back. I run into Castle Court, chasing my dog, right into a door where a man is wearing shorts. I said, "My God, why are you letting your dog run around without a leash?!" I think the man was in shock. 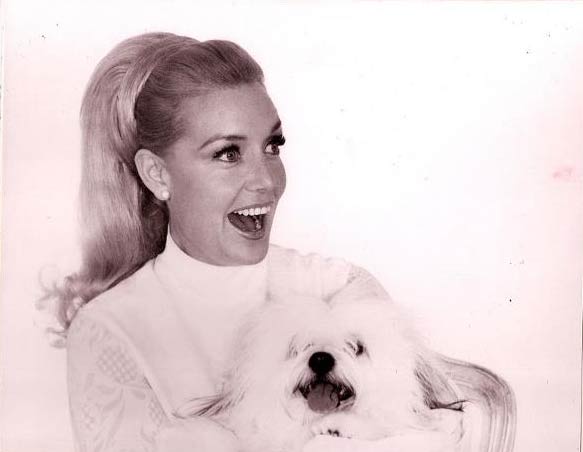 One day, I was going out to my car which was parked in a lot near the studio in the Tenderloin. I was wearing sequins and lots of make-up, and it was 10:30 in the morning when I got through with my show. And this car of fellows came by, and you can imagine — they whistled and yelled, "How much, baby?!" From that time on, I always put on something else and took my make-up off before I left the studio.

There was a little grocery store that was just on the corner of Union Street by where I lived, right at the top of the hill (now Top O' the Hill Market). The nicest Italian man ran that grocery. Everyone was really friendly, and it was a really small town in terms of the vibration. I'd go in to buy my groceries, and one day, the man, who spoke with this heavy Italian accent, wanted to know if I was OK. I guess I looked like I needed to be taken care of. He would cook soup for me, and I would eat it in the back of the store where there was just a shelf for a table and some chairs. He would make all this Italian food, and say, "Eat! Eat!" That was such a lovely feeling.

To me, the city was a fairy land in every way. It was magical. I loved the fog rolling in. I loved the hills, even though I had to walk a lot, which was very hard for me because I always wore high heels, like an idiot. And everywhere we'd go, we'd get dressed up. It was really a dressy city. I liked that. Hats and gloves. High-heeled shoes.

I loved Golden Gate Park too. I loved to go walking there. I don't think it's changed, except for the better maybe. During the Summer of Love in the '60s, it was filled with people sleeping out there, and the wonderful musical events that were going on. And it was colorful. Everyone was going around, saying, "Peace, man." I wasn't as involved in it as you might think, even though I was right there in the middle of it. I'm regretful that I wasn't. 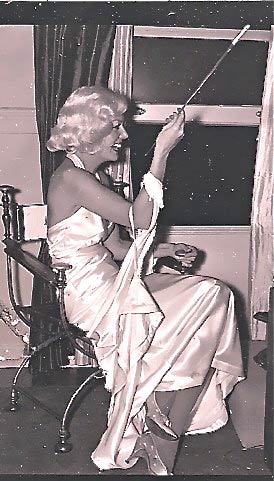 I've always been the type of person to go do it, whatever it is. I don't consider what the norm might be because I create my own norm. I didn't know San Francisco was supposed to be a closed city in terms of Society, with a big "S." And the next thing I know, I'm going to the opera. I saw my first opera at that beautiful Opera House — La Bohéme. I was carried away with it, the music and also the glamor of it. The opening night and all the fun of it. It was grand.

I dedicated my first book to San Francisco because I felt as if — and still do — San Francisco is a living, breathing entity. It's not like other cities. It lives. Look at all the things that you can do there. I remember going out on the bay with a friend in a boat. My God, I was crazy. I would tell my grandchildren and my son not to do the things I did. Going out in the bay in this little tiny boat with the waves sweeping up on either side of us, like we were in an inter tube. The bay is big and can be violent too.

I loved the fog horns at night. I would listen to them before I went to sleep, and I named them. The heavy, deep one, and the not-so-deep one. I think there were three of them that I could hear. I just loved that mysterious kind of feeling about San Francisco.

I had been diagnosed with a heart condition before I lived in San Francisco and ended up at UCSF hospital. It turned out they could operate on what I had wrong. At that time, I was the tenth person in the world to have heart surgery and live. They perfected this surgery at UCSF during the year I had it done. I was in the hospital on and off for a year before they operated on me, so I became very familiar with that part of San Francisco. Going there for the check-ups really put me in touch with the city.

That's why when I got divorced, I wanted to move there. And I did. They fixed my heart in San Francisco. They told me I probably would've died in my 20s without the surgery. I was very lucky. Now, the procedure isn't considered serious surgery. Now they don't even have to operate on you.

If you haven't already, be sure to read, Oh, The Hell of It All, and keep a lookout for Pat's forthcoming book, Peeing on Hot Coals. Follow her on Facebook and Twitter!

Tell us your stories: [email protected]

"Lock and load" by Bhautik Joshi.

As Facebook's stock fell just days after trading, three investors filed suit against the company today, along with underwriters Morgan Stanley and Goldman Sachs, accusing them of withholding damaging information about the social