Reports from the Financial District near Jackson Square say the SFPD Bomb Squad has blocked off Broadway between Battery and Sansome Streets around 4 p.m. this afternoon. The police department tells SFist the call was following up on reports of a suspicious backpack near the immigration office at 250 Broadway.

Because these situations are too delicate to leave to the bumbling bomb squad robot, SFPD have sent in the bomb suits: 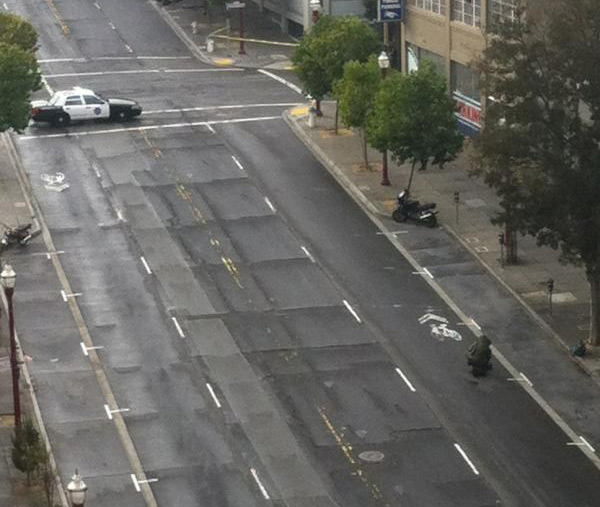 We'll update when we know more.

Update: Bay City News, via the Appeal, reports the suspicious duffel bag found on the scene was deemed harmless around 5 p.m.

Although the Occupy Movement has emphatically preached peaceful non-violence during strikes and demonstrations, as we saw yesterday "anarchist groups" and fringe factions that take a different approach to the unrest are a growing